Walk up the monk trail to Kosuge Main Shrine
http://www.iiyama-ouendan.net/en/special/walk/

Known as one of the top three spots in Japan for practitioners of the Buddhist mystical sect Shugendo, the pathway to the inner shrine is lined with towering Japanese ciders that is said to be 301 years old and large moss covered boulders.

Until the Meiji era split Shinto and Buddhism, Kosuge shrine was a new Shingon (Buddhist sect) temple known as Kosugezan-ganryuji. During this period, the temple flourished as one of the three most sacred areas for mountain ascetics in northern Nagano, alonside Togakushi and Iizuna. Although the circumstances of temple’s foundation have not been definitively established, chronicles of the time provide some clues to the temple’s origins. Searching various countries for a suitable place to promote Buddhist teachings, En-no-ozuno, the father of Shugendo Buddhism, happened upon Mt. Kosuge, founding a temple there in 680 AD. During the Daido Era (806-810 AD), Sakanoue-no-tamuramaro (early 9th century military officer) reached Mt. Kosuge, and rebuilt the Hasshogongen-honmiya and Kayakirido temples. He also founded the Shugenin and Kosugezan-ganryuji temples.

According to descriptions left behind, it appears that god Kosugegongen (also known as Matarajin – Tendai sect of Buddhism) was worshipped in the temple. In addition, shrines were built to invite the 7 buddhas from Kumano, Kinpu (Yoshino province), Hakusan, Tateyama, Sanno, Hashiriyu, and Togakushi. During the late Heian era (12th century), Mt. Kosuge became further established through the influence of “Kumano Shugendo” and “True Form Manifestation” ideology.

In historic Kosuge, various tales and legends remain from the old days. One such story is about match-making. One day, while worshipping at Kosuge shrine, a lord of Kaga fell in love at first sight with a beautiful girl, and made her his wife. Not long after, the couple was blessed with a healthy child. Overjoyed, the lord proclaimed the easy birth a blessing of the Hayagriva deity, and donated the 600-volume Great Perfection of Wisdom Sutra to the shrine. Since then, Kosuge Shrine’s deity has been worshiped as a God of matchmaking by local people. Kosuge is well-known as a popular place for proposals, and the number of women worshiping at the shrine is said to have particularly increased. The Yume-no-kayoi bashi (bridge of dreams), crossed by Kobo-daishi Kukai (9th century priest) and said to ensure happiness.

gateway at the entrance to a shrine 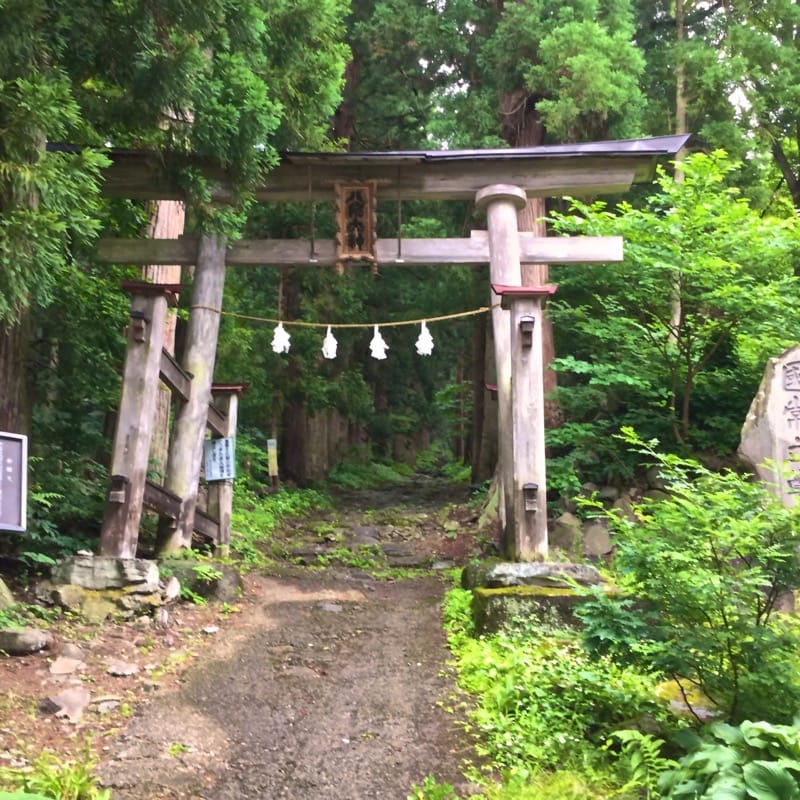 Starting point to the main shrine !

A row of cedar trees 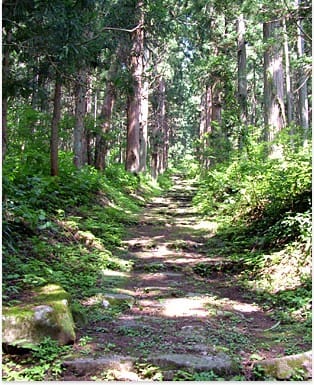 path to the main shrine 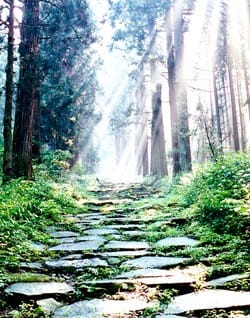 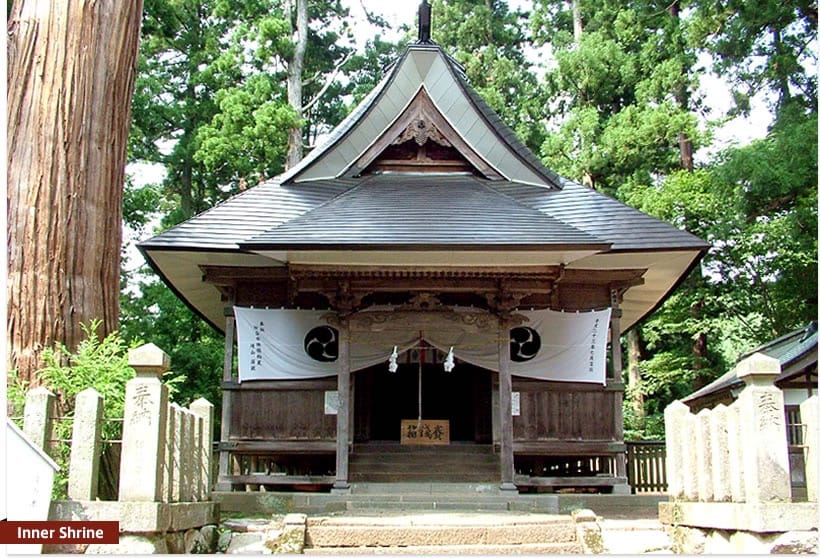 Kosuge Inner Shrine - Kosuge main shrine
The Kosuge Shrine inner sanctuary, where eight deities are enshrined, is located at an altitude of nearly 900meters above sea level. According to records, the shrine was originally restored in 1592. The main and auxiliary shrines were built during the mid-Muromachi period (1333-1573), and were designated as national "important cultural properties" in 1964.