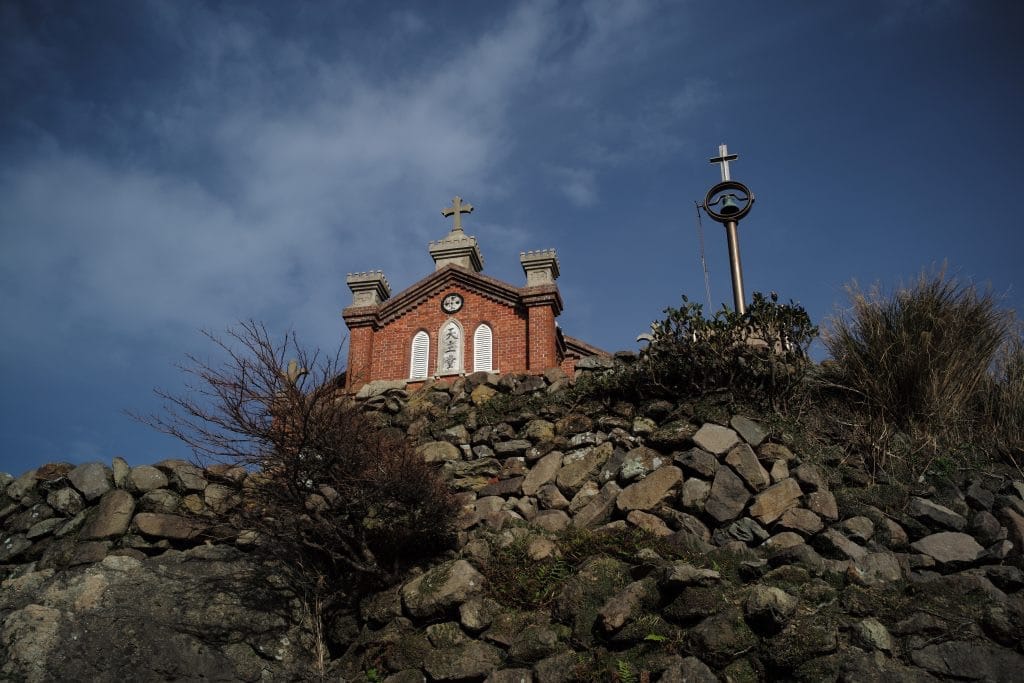 Nozaki Island is 6.5 km in length from the north to south and 2 km wide from east to west. The area spans 7.36 square km, which is comparatively large in the Goto area. There used to be three settlements (Nozaki, Nokubi, and Funamori) on the island and around 600 people lived there. At present, there are no residents on the island. You can still see the stone-walled terraced fields, a shrine, and some remnants of old houses. The Nokubi church building stands as if time has stopped, and it was added to the Tentative List of UNESCO World Heritage Site as part of “Churches and Christian Sites in Nagasaki” in 2007. 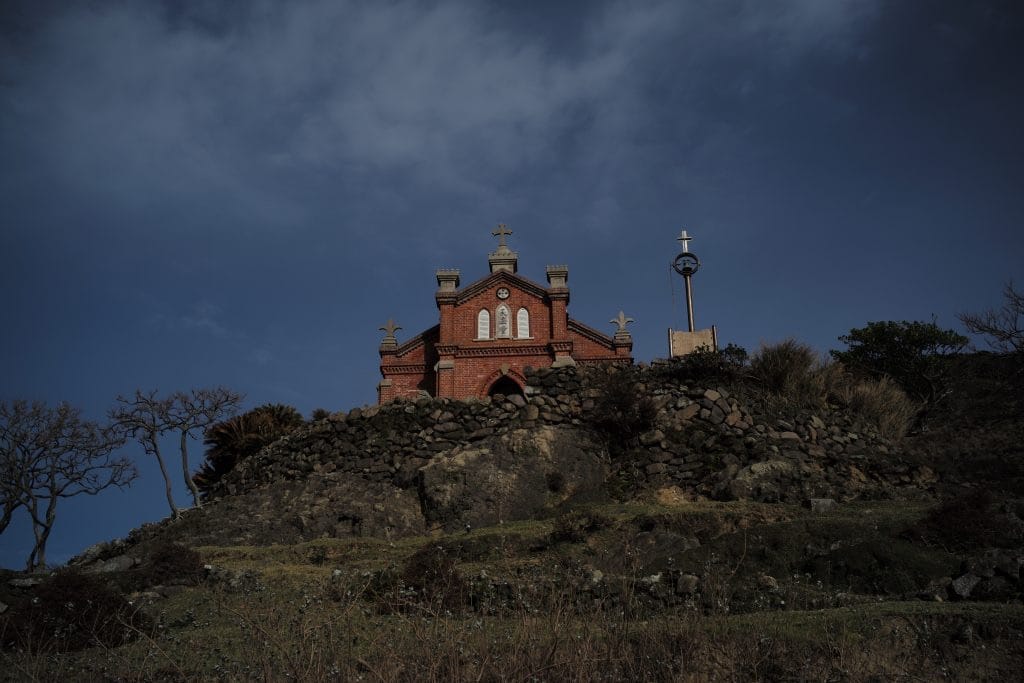 The church in the ruins on Nozaki Island, Nagasaki 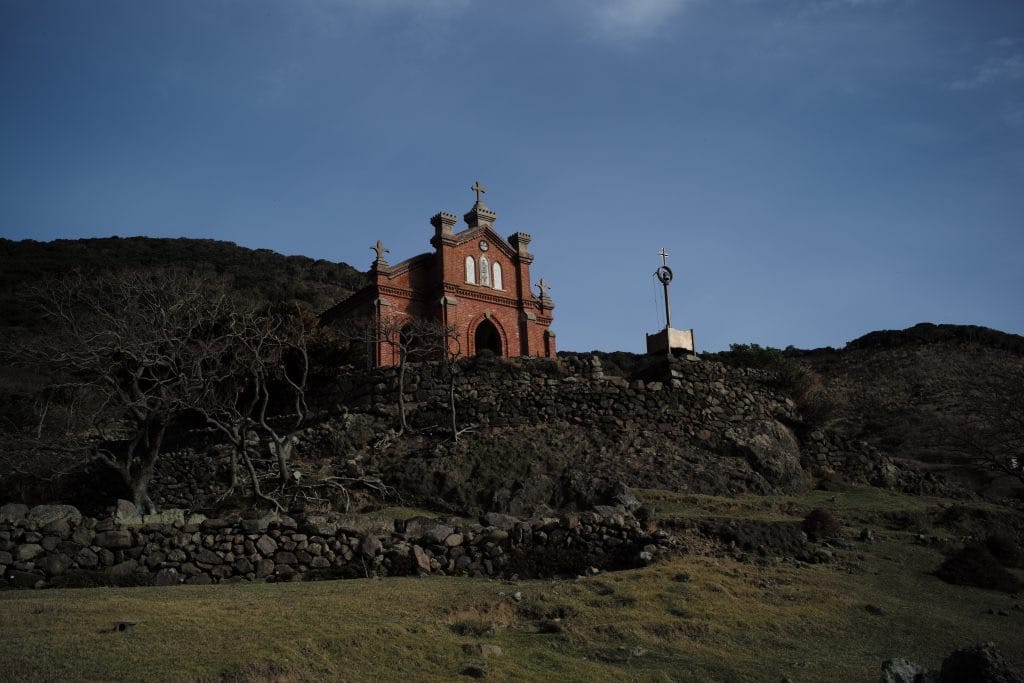 The church in the ruins on Nozaki Island, Nagasaki

This island has steep mountains and the beautiful nature remains. This island’s rich ecosystem includes wild woods around the Okinokojima shrine, Japanese Wood Pigeons (designated as a National Treasure), rare species of butterflies and many more in the Saikai National Park. 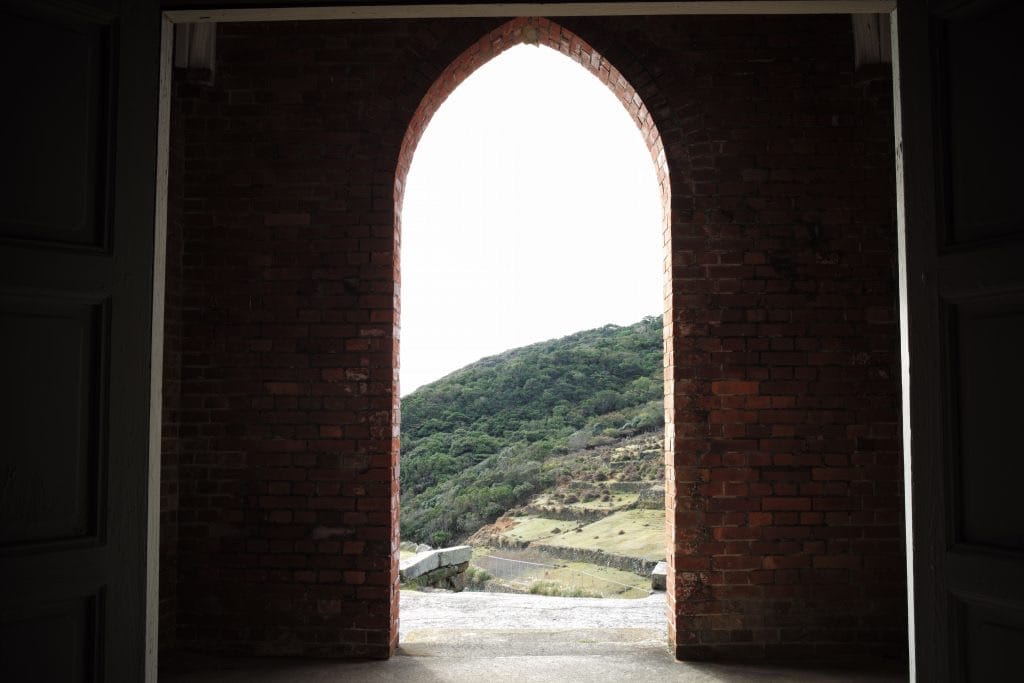 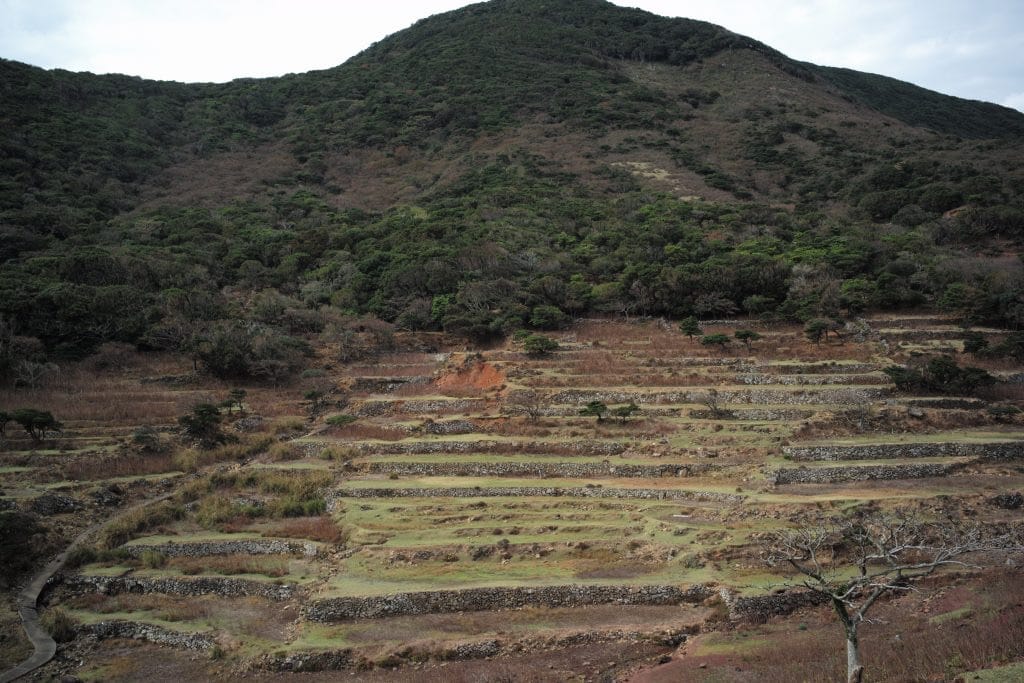 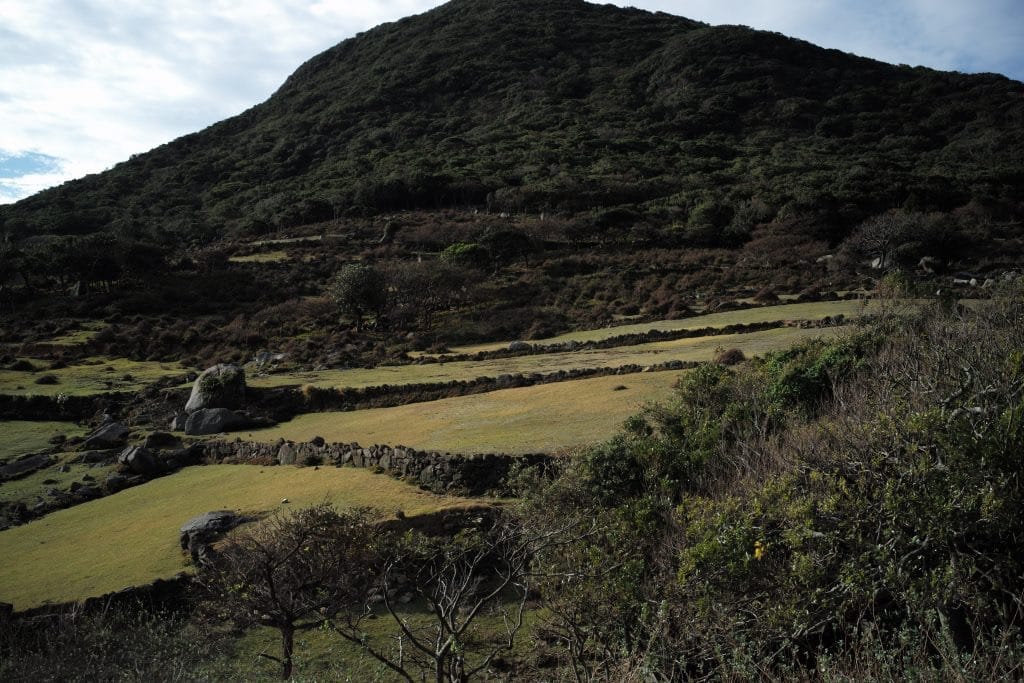 The nature-rich village and the Nokubi church are located in the centeral area of the former Nokubi settlement. About 200 people lived there during its peak. None of the houses exist now, but we can still imagine the atmosphere of the settlement and the lifestyles of the people from remaining stone walls and broken pieces of roof tiles left on the ground.

It is believed that the conditions for cultivating land was much harder in this area compared to the Nozaki settlement.
For your information :

Name of area : The Nokubi settlement on Nozaki Island